We want to help you and your business achieve great success.
Thursday, August 18, 2022

Home Blog Marketing It’s Not Procrastination At All 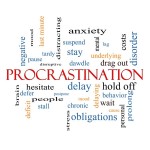 Consider a major league baseball slugger at bat. The ball is barreling at him at maybe 95 miles per hour, enough to solidly intimidate most of us. But the slugger waits and waits and waits…, and at the precise right moment he swings his bat and sends the ball flying out of the park.

The term “active procrastination” somehow doesn’t do justice to this. What’s really going on here is mastery. Not just skill and professionalism, but outright mastery.

To quote the Kenny Rogers song, “The Gambler”,

You got to know when to hold ‘em

Know when to fold ‘em

Know when to walk away

Know when to run….

With the game of poker as metaphor for all the hard things in life, this captures mastery perfectly. A master is not afraid to wait – to delay – until the right moment to act. It’s not procrastination at all. It’s mastery.

Latest from the Blog